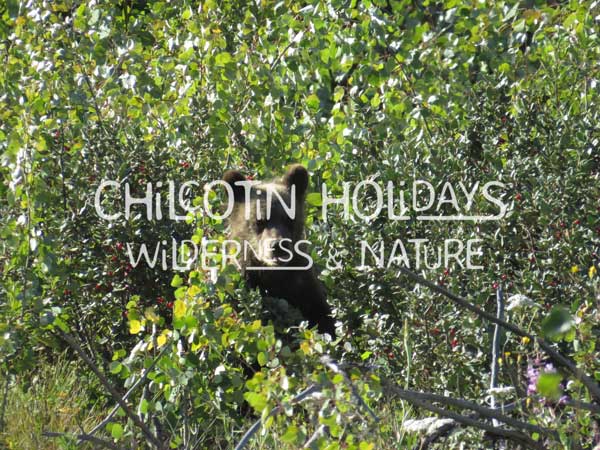 The amazing variety of wildlife was the deciding factor for me to visit British Columbia, alongside the incredible views of snow tipped mountains that I wake to every morning. Although there is much biodiversity where i live in Southern England, I have barely experienced it, as the animals inhabiting this region are very timid. Many towns sprawl out to the edges of small parks where the majority of wildlife habitats are located. Displacing much wildlife who live according to the building and resource plans of the people. So I came to the South Chilcotin Mountains, desperate to see the behaviors of animals in their natural habitat, where they rule the high alpine regions. For example, here if you saw a Coyote on the trail there would not be a stand off, you would run and hope they decided not to pursue you.

Arriving in the South Chilcotin Mountains I was hopeful to see Grizzly and Black bears up close, maybe even a cub or two if I was lucky. Although my curiosity was and is still accompanied by fear of these very powerful animals that don’t take kindly to humans invading their space. My lucky break came when Kevan took a bunch of us ranch workers out in the truck to a meadow only 500m down the road. There I saw my first Black bear strolling through the grass, oblivious to us humans gaping at him. We kept very still and he let us observe his meal. Then a minute later down the road, we were fortunate to see a female Black bear and her two cubs through the trees. After my first Black bear encounter, the fear lessened a bit, we had our trusty bear spray in hand and the chance of an attack was minimal. We could observe each other in harmony, the bear knew it was boss and as stewards of the land we didn’t want to disturb it.

At the ranch we always try to live in peace with the wildlife, respecting their behaviors and personal environment. Meaning many animals roam freely about the ranch on a daily basis, be it deer, horses or chickens. Although luckily not bears! I have never been able to stand so close to a deer, only 20m away roaming around the corral, so peaceful and not fleeing like those in the UK. The chickens follow me around the ranch, thinking any bucket I am carrying is full of food, this is the same for the horses. They will often come back from the hills to the ranch at 4:30 am, their bells ringing as they munch their way past our tents. I love being able to pet a horse as it walks past my front door or to chase horses out of the corral in to the hills when they start getting too comfortable at the ranch. I feel at home with these animals and our interactions bring me one step closer to nature.

Living in the cornucopia of wildlife that is the South Chilcotin Mountains is definitely fascinating no matter how many nights you spend here! 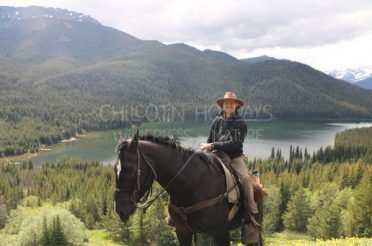 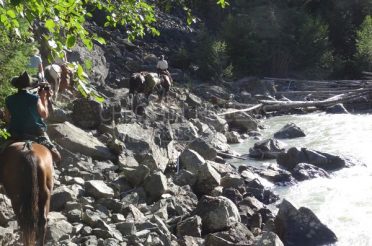 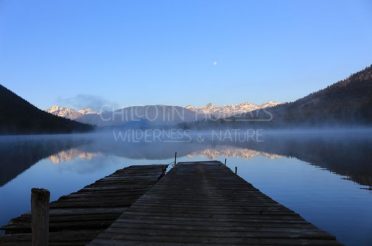 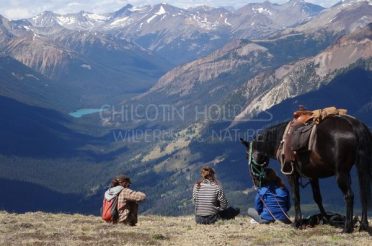 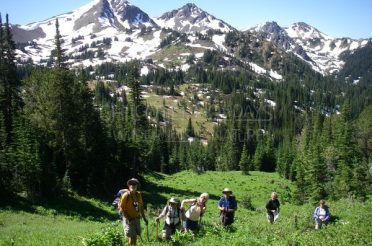 For some, coming to Chilcotin Holidays is the boldest adventure they have ever embarked on.... Read More 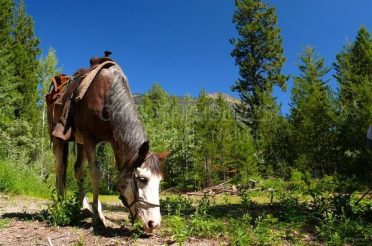 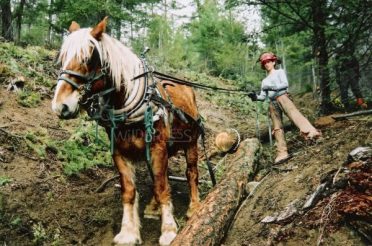 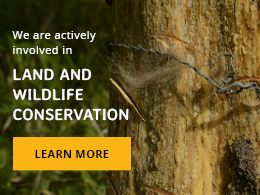